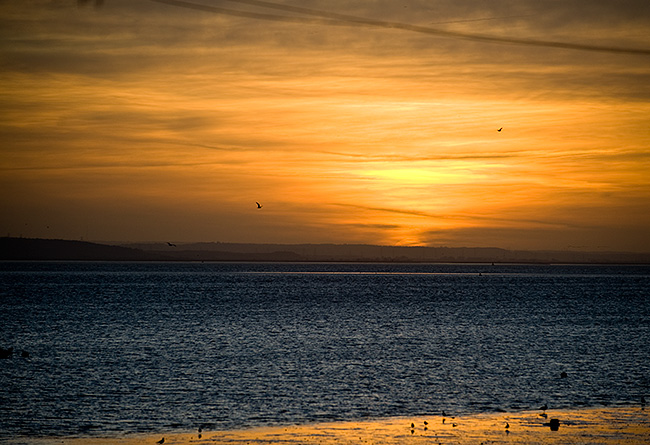 A thousand shades of orange

Been a strange couple of days. Yesterday I found myself dangling from the jib of a crane above south east London – something I quite enjoy. It’s starting to dawn on me, though, that I may not be normal. The site manager described me as “ice-cold calm”, before announcing that he would be feeling the polar opposite if it was him. The view was breathtaking, and I was able to get the shots I had been commissioned to take.

Had a whole load of big commissions book in over the last couple of days too, with my printer working over time, and good news from one of my best clients about use of one of my images – watch this space.

Today I found myself scurrying around under the tracks of the Southend Cliff Railway working for a different client. As I returned to my car I was presented with one of those wonderful moments that nature gives you from time to time. A sunset behind low cloud that was just thick enough to allow you to look straight at it, and just thin enough that you could still see the disc of the sun as it slipped beneath the horizon. And in it were at least a thousand shades of orange.