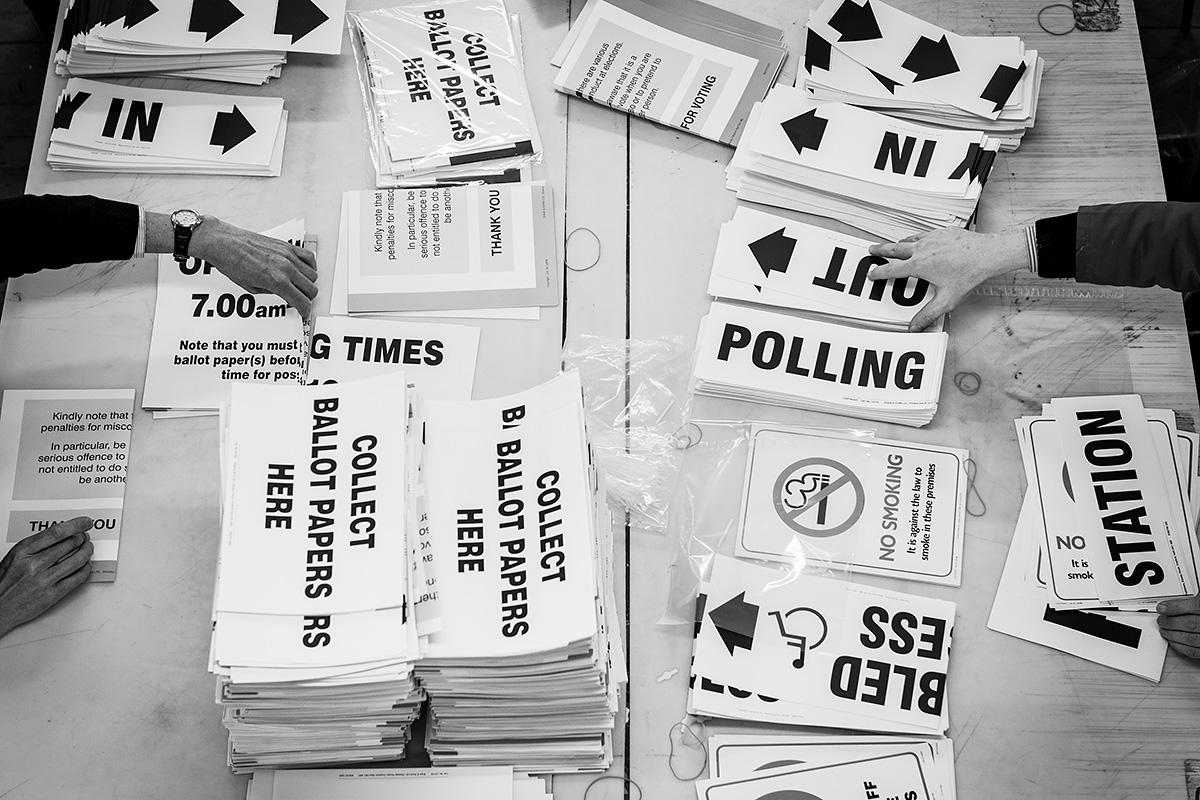 As the dust settles

Published May 8, 2015 by Michael Cockerham

At ten o’clock last night the polling booths closed, and the exit poll was announced to gasps of disbelief by just about everyone… except me. My only surprise was that the exit poll was only suggesting that the Conservatives would be the biggest party but still short of a majority. I have been saying to anyone who would listen that there would be a Conservative majority, albeit a slim one, but everyone told me I was wrong.

It was not wishful thinking on my part, as I was not specifically looking for a Tory win. I foresaw the result because it was blindingly obvious if you stopped looking at the polls, and started to look at the broader political picture in the UK. The point at which I became utterly certain of a Tory majority was during the three way Question Time debate on the BBC. The audience gave all three mainstream leaders a hard time, but they tore Miliband to shreds. With almost any other audience I would not have been especially struck by that fact, but this was a Leeds audience – a Yorkshire audience. This was a traditional Labour heartland audience. The fact that that audience would not, could not, give Miliband an easier ride was a strident warning light on the election dashboard. At that point any lingering doubts I might have had were removed, and even if the Labour high command saw that warning light too, it was by then too late for them to “pull up” and avoid the crash.

The consequence of this is more nuanced and interesting than any of the pundits are suggesting, or might even have realised, and the lessons to be learned must be learned by both the politicians and the electorate.

Firstly there is the shift in the nature of British politics. Without electoral reform – which is not guaranteed by any means – the century of either Labour or Conservative majority governments is now over. But rather than the complex options of minority or multi-party coalition that the media has been chewing over for months, it will be a new choice of either slim Tory majorities or socialist/left-wing coalitions. Labour as a majority governing party is finished for at least a generation.

Secondly, while many Tory supporters will be pumping their fists in the air at the prospect of unbridled power and the ability to push through their entire legislative programme, the reality is that all such plans will have to be tempered. The temptation is to say that the majority, no matter how slim, gives them a mandate to pursue their manifesto commitments, and with the kind of majorities that have existed in the past they would be right. But this is not that kind of majority – the spectacular results of the SNP in Scotland have put paid to that. David Cameron told the country as a whole at the time of the Scottish Independence referendum that he “passionately” believed in the Union. He must now prove that. An old majority would have allowed him to ride roughshod over the wishes of those who might not have elected him because those people would have represented an even spread of the Union. But the reality he wakes up to is a majority government with no legitimacy north of the border. Constitutionally it does have legitimacy, but electorally it does not, and how he and the Conservatives govern must take that into account. Anything less and the Scots will never forget it. Cameron faces the extremely effective double act of Salmond in Westminster and Sturgeon in Holyrood. Miliband may have lacked credibility and strategy, Sturgeon and Salmond do not, and Cameron needs to be smarter and more effective than he has ever been, and that might be too much for him. As things stand the vote in Scotland is similar to that for the referendum – the SNP may have won virtually all the seats, but thanks to the vagaries of first-past-the-post about 55% of the Scottish electorate did not vote for them. Consequently the opportunity exists for good leadership to strengthen and reform the Union, but the jury is out on whether Cameron is anything more than an effective middle-manager; he has yet to demonstrate the qualities of a national leader.

Then there is the Labour strategy: where did it go wrong? The lazy answer is that it went wrong the moment the Labour party elected Ed Miliband as its leader. I am sure he is a decent and honourable man, but political leadership demands many qualities, and most important amongst them is credibility. It might seem cruel, but that does not make it any less true. To put it another way, if all hell was breaking loose around you, would you want to be standing next to Bear Grylls or Alan Carr? Alan Carr might be a lovely bloke, but I don’t see him rescuing me from an avalanche. It doesn’t mean that he couldn’t or wouldn’t – he might actually turn out to be the best person to have in a tight situation, but it is the kind of thing you would only discover through chance circumstances. If you were putting someone on standby, you would choose Grylls because of the credibility factor. Ed Miliband was always lacking that credibility, and it was always going to count heavily against him, and, ironically, as we all know his brother David did not suffer that shortcoming. But ultimately the decisive factor was the tone the Labour party took under Miliband’s leadership: theirs was the politics of envy. It was at all times about bashing those who were well off, those who had done well and were continuing to do well for themselves. The problem with that approach is that it is divisive. It necessarily encourages an “us and them” attitude, and inevitably requires everyone to determine whether they are “us” or “them”. At no time, especially when things are tough, does division encourage people and nations to pull together for the common good, and a great many people (including people who are neither well-off nor succeeding) are instinctively turned off of politics that discourages success. This is not to say that all of Labour thinking was necessarily wrong, but rather than it was packaged in a way that was negative and discouraging. If Labour is to rebuild its base irrespective of whether it remains “old Labour” or returns to a more Blairite “New Labour”, it must address the way it deals with aspiration, and join the politics that encourages, celebrates and rewards it.

Finally there is the lesson that all politicians will take from the Lib Dem results. For at least ten years, and likely much longer, the electorate and the media have bemoaned the way politicians insist on playing party politics. “Why can’t they be more consensual? Why can’t they put political considerations to one side and work with each other in a more compromising way?” In 2010 the Lib Dems did precisely that. They put their own interests to one side to provide a mature and stable government when it was so desperately needed. They had to compromise, and the lion’s share of the compromise had to come from them as they were the junior party in the coalition. They could have chosen to be obstructive. They could have chosen to throw a spanner in the works at every opportunity to protect their political ideals, but they didn’t. Instead they did what the electorate and the media have so often said they wanted to see politicians do. And now they have been annihilated for it. Every politician returned to Westminster today will look at that and see clearly the effect on their position of open compromise and consensual politics: they get shafted by the electorate. So the next time you ask why politicians can’t be more cooperative with each other and stop playing party politics, remember that we all played our part in making them behave that way.

Published in Odds and ends and Soap box