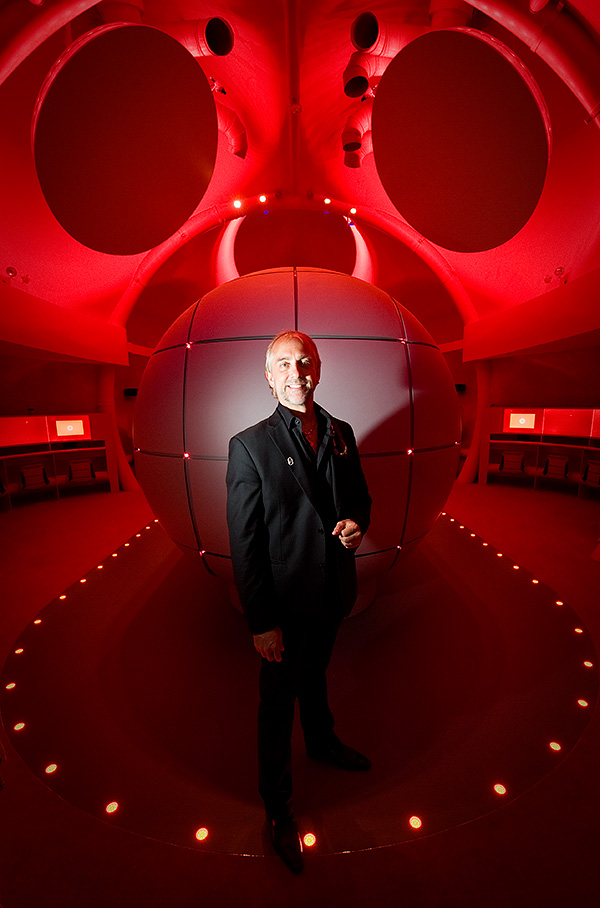 Most of the time when you’re commissioned to make a portrait and given very little leeway to produce something interesting, the biggest challenge is the location itself. But every now and then, a little gem presents itself. So it was when I was asked to photograph Richard Garriott, games maker extraordinaire, space entrepreneur and astronaut recently.

It’s not the first time I have photographed him by a long shot, but I wasn’t holding out much hope of anything interesting in an academic building in London. How wrong I was! My problem was not the location so much as the over abundance of red light. Bit of off camera flash resolved that, and a suitably space-age image of a space man was the result: