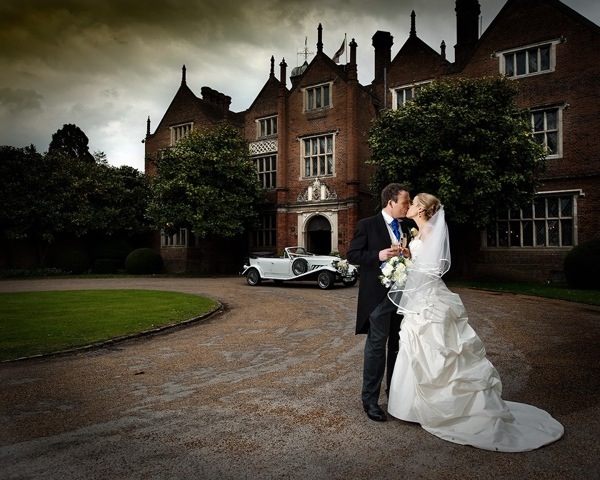 The following is a genuine request from a genuine bride:

Ideally I would just like a photograper for the day and a disk of images taken. I don’t really want a book. I’d prefer to store them digitally. However, a large price seems to have been placed on “wavering [sic] copyright” when giving disks of digital images. This is disappointing as we do not have a large budget at all and a huge price tag just for a CD of images is quite depressing.

Excuse me for asking, love, but what, exactly, is it that you think you are paying for? This may come as some surprise, but it is not a disc of images, the physical cost of which is about 50 pence. Perhaps that’s how much you think you should be paying for wedding photography.

Consider, for a moment, that this was another service purchase, for example, an architect. How would it go down if someone were to say, “I’d like you to draw up plans for my new building, but a huge price tag just for a couple of bits of paper is really depressing”?

The fact is, what you are paying for is content. It is the know how, the creativity, the vision. I can pick up a guitar and make a noise with it, but it doesn’t make me a musician. Equally, just because someone has a camera it doesn’t make them a photographer. If you want cheap, I have no doubt you can find it, but don’t come complaining when the pictures you end up with are, well, cheap.

I know you don’t think you will, but I have at least two couples come up to me at every wedding I shoot and complain that ‘they got married six months ago and they really wished they had used someone like me because their pictures were crap’. Well here’s the thing: someone like me was available, but they just didn’t see why they should pay for it. You pays your money, you takes your choice.

But there are other costs as well, so we may as well debunk a few myths while we’re here.

The first is that now things are digital, it’s cheaper for us photographers. Sorry, if anything it’s more expensive. Why, well professional grade digital cameras are about four times more expensive than the film ones used to be, and they need replacing about three times more regularly. To put numbers on that, a film camera used to cost £1500 and need replacing about every seven to nine years depending on how well you looked after it. The equivalent digital cameras are about £3500 and need replacing every two to three years. I know you can get a camera body for £500, but if you really are working as a full time professional those cameras won’t last more than a couple of months of heavy use. Then there’s storage. Storing negatives is cheap. Digital files are comparatively expensive and time consuming, and they need constant backing up.

Which brings me on to the next fallacy: digital is quicker. On the whole, no. In the days of film you could finish a wedding, drop the films into a lab to get them proofed, and do a bit of paperwork. Now a day’s wedding will include a day of post-production preparing and processing the images for use. I don’t know what line of work you’re in, but I am willing to bet that if something started to take twice as long, you’d be looking to charge twice as much. Most photographers moving from film to digital have swallowed that extra cost, in effect they are earning half what they used to be earning, and all the while the customers are wanting them to cut their prices.

It’s also worth remembering that print sales used to form a significant chunk of wedding photographers’ sales. While I understand that people’s relationship with photos has changed now (I am human too, after all) the fact that a digital file can so easily be replicated and sent to anyone means that passing over a disc necessarily kills those sales. Is it reasonable to expect photographers to give those discs over without some form of suitable compensation?

Then there are the costs of being in business, things like rents, rates, heating, phone bills, computers and IT, professional insurance, travel, taxes, accountants fees, stationery, advertising, training. These things cannot be covered doing 40 weddings at £100 a time and giving you the disc, and that’s without, god forbid, suggesting that I might like to feed my family, put clothes on their back and a roof over their heads, and maybe have a holiday camping in Wales once a year.

I wish I could say this was an isolated experience, but sadly it is becoming all too common.

I understand everyone needs to make a living but unfortunately I simply can’t afford quotes of £1000 plus. I am having a February Wedding; it is out of season because I am hoping for out of season prices. We would ideally love to have the “getting ready” shots, wedding shots and some reception shots, first dance shots would be perfect. We are having an afternoon wedding at a church and a reception within half an hour drive of the church. I would like a mixture of good natural shots of us and guests as well as some classic posed group shots. With regards to an album, I would be happy to hear some quotes but this is not the most important thing to us. The main requirement is that we can have a DVD of high quality images to store digitally and maybe print out ourselves to make a low cost album in a few years’ time. The main “nice-to-haves” are; I would guesstimate about 5 hours of photography and a DVD of high res images for us to keep.

OK, let me see if I have this right: you want everything, but you’d like me to pay for it because you can’t afford it? I’d like a Bentley but I can’t see them giving it to me for the price of a Ford Focus just because its outside my budget, can you? If you really can’t afford it then you need to lower your expectations and look at the quality photographic services you can afford.

As for out of season prices they relate to venues as a rule, the reason being that they were finding everyone wanted to get married on a Saturday between May and September, and that’s only about 22 days out of 365. As a result they hiked the prices on the peak demand dates and offered incentives to couples to book less “popular” days. That doesn’t really apply to photographers. If someone asks me if I’ll do a discount for shooting a wedding on a Wednesday, my response is to ask if they want me to provide the same service I’d give on a Saturday. It’s not that out of season is cheap for venues, it’s that the peak season prices are artificially inflated with venue hire charges and such. If you don’t think that’s true go to a wedding venue out of season and buy a pint, then try again on a Saturday in August – any change in price will be minimal and nothing to do with the time of year.

I know the world of professional photography has changed, and frankly it’s for the better. I welcome the increased competition, and the driving down of prices for the benefit of consumers. But there has to come a time when a little dose of reality comes into people’s thinking, and that time really is now.

I try to provide options for everyone on all budgets. I have a number of wedding schemes, and they range from £450 up to about £2,500. You’re not going to get everything for £450, of course not. But you are going to get quality. More importantly, I never destroy anything. So if you’re feeling flush a few years down the line you could always get that canvas or the disc then. It allows you to plan, budget, and spend in a way that is suitable for you.

I have a clear data management policy, so you don’t need to worry about the photos. They’ll still be there for you six months or six years down the line. Whether you buy your disc or not, if your house burns down, I’ll still have all your pictures. In fact, if my office burns down I will still have all your pictures – it’s all part of the service.

In the end, if you are getting married there are two things you need to ask yourself: the photos are virtually the only physical thing left when the dust dies down on your big day, does it really make sense to cut corners? Secondly, given what I have said about the costs of being in business, if someone says they can spend all day photographing your wedding and then just hand over a disc for a couple of hundred quid, might that not just strike you as being too good to be true?

There are lots of good photographers out there. Some are cheaper than I am, some are more expensive. But you won’t find any that care more deeply about your photos than me. Come and talk… you might just be grateful that you did.