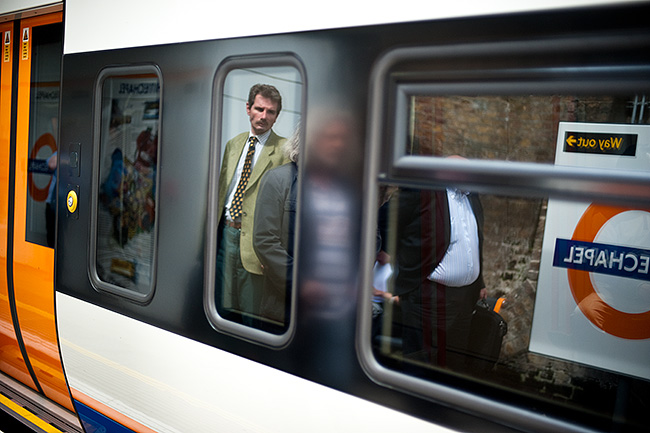 Serendipity and all that…

I don’t know about you, but every now and then a little voice in my head says “Shoot! Now!”

I had such a moment last week. Just finished a job, was standing on the Overground platform at Whitechapel, the train was pulling in and that little voice commanded, so I did as I was told. Not sure what it is, but there is something rather compelling about this image. For me at least.