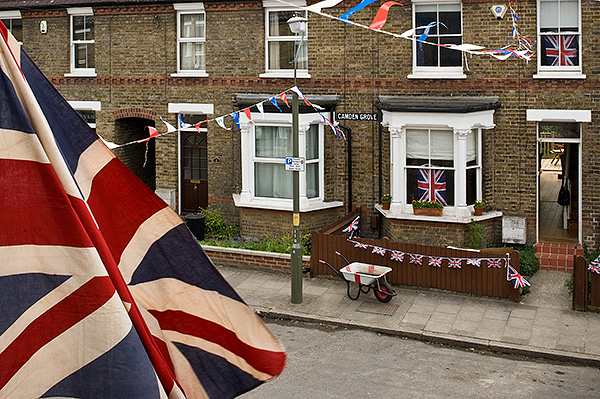 The threat to the monarchy

All the recent polls suggest that around eighty per cent of the population are in favour of the monarchy, and certainly the reporting today appears to support that. The naysayers, on the other hand, are quick to point out that it is an anachronism, that it is unaccountable, that it is patently unfair for a person to gain such advantage purely through accident of birth.

So what can we learn on a day when all the world has turned to gaze upon the theatre of William and Catherine’s wedding? We learn that we do pagentry well because actually the whole institution of monarchy underpins everything we understand about ourselves in Britain; it is the foundation of our society. For all its failings, it has given us a remarkably stable and peaceful form of society, one that is by and large the envy of nations the world over.

Elizabeth II has been head of state for longer than anyone anywhere in the world, sixty years next year. Yet in all that time she has barely put a foot wrong, not something you can accuse most politicians of for 60 minutes let alone 60 years. The less charitable would say it was simple luck, but the truth is the Queen is driven by a profound sense of service. Yes, her’s is a position of extreme priviledge, but it is also one of stultifying restriction. Nevertheless Elizabeth has stayed true to the course of loyal duty and service. We might be her subjects, but it is she that serves us with unswerving dedication. That devotion to service is the high price she must pay for her privilege, and I have no doubt that she instills that sense of purpose and duty in her close family.

Think about it; from the moment you are born, your life is mapped. You have no choice in the matter. None. From the moment William was old enough to understand he knew that he was to be king, as did his father. At least Elizabeth began life with no such expectation; even so, at the age of ten, her fate was sealed because of Edward VIII’s abdication. For these royal children there was and is none of the opportunity to imagine what you might be when you grow up. How is that fair?

When Edward VIII chose love over service it caused a constitutional crisis, and one wonders if it would survive such an event again. The support shown today for the renewal of the royal family that arises out of the marriage of William and Kate and their creation as Duke and Duchess of Cambridge indicates that Britain wants it to work. There is a palpable hope that the institution of monarchy can be renewing, can be relevant, can continue to be a cornerstone of our society.

The trappings of royalty may be responsible for the detail of events like today’s, but the spectacular itself is a function of the dynamic of monarchy. A republic has to happen according to timetable, but the events of monarchy are determined by life itself: the weddings, the funerals, the coronations. Many may come at once, then nothing for a generation. The flux of their lives mirrors that of ours, and that is what gives the perception of solidity and continuity. While prime ministers come and go, and one crisis is replaced by another, the monarchy is there as a focal point for society to measure itself by.

So what is the threat to the monarchy from the republican opposition? Nothing of significance. The real threat comes from an heir apparent standing up for his or her inalienable right to determine their own future; a compelling case could be made at the European Court of Human Rights that being born the heir apparent is a form of slavery which is unlawful.

I started by recalling the cry of those anti-monarchists that it is unfair for a person to gain such advantage purely through an accident of birth. But we are all born into advantage or disadvantage. In a very real sense the accident of being born British is to be born into advantage that the vast majority of the world’s population can only dream of. It is not fair, and many are minded to do all they can to redress the imbalance of plenty and poverty. William, like Charles before him, has been born into advantage, but also into a closeted duty the rest of us can barely begin to imagine.

In the end, far from the monarchy existing because we the people allow it to continue, the monarchy continues for as long as those born into that destiny see fit to put duty and service ahead of personal freedom. The threat to the monarchy is greatest within the institution itself. It serves us well, and it is right that we use occasions like today’s to celebrate and maintain it.